How does The Eye Work? 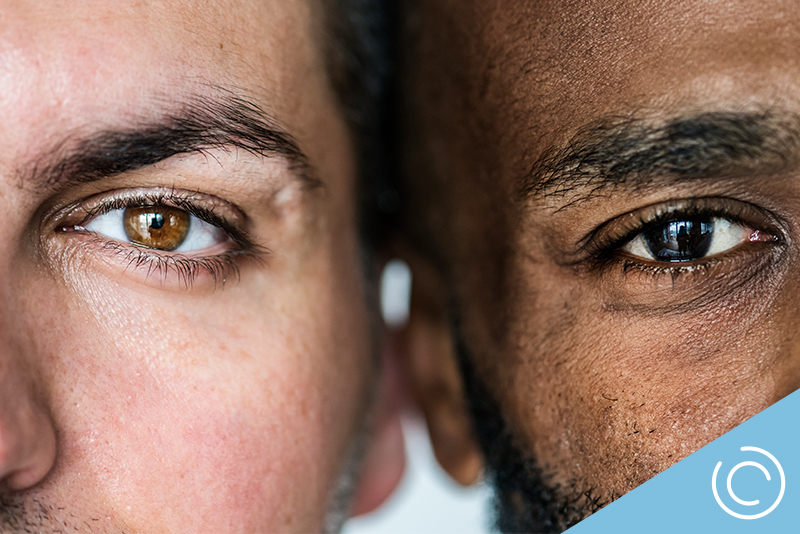 The eye is only one inch in diameter but made up of over 100 million photoreceptive cells. Not only is it's makeup complex and intricate, but it performs the amazing feat of translating the things we see into pictures our brains can understand. But how does the eye work? What are the parts of the eye and what do they do? Read on to find out!

From the cornea to the retina

The first step of our sight is when light is reflected off the objects around us. This light first enters the cornea, which then directs the light towards the pupil. The pupil adjusts by contracting or dilating to only let in the correct amount of light.
After the pupil, light goes to the lens, whose convex shape allows the light to be further focused onto the retina. The retina is found at the rear of the eye. For a clear image, the light focused on the retina must be accurate and precise.

After light is processed by the retina's photo-receptors, it is changed into electro-chemical signals. These signals travel through the optic nerve to the processing center of our brain, called the thalamus, and then travel to the back of our brain, where the visual cortex is located, so the images can be interpreted and understood.

When the light on the retina is not focused properly, this can lead to different vision issues. For instance, the lens of those that have myopia (nearsightedness) focus the light on a point slightly in front of the retina, making near objects clear but far objects harder to see. Nearsightedness is very common because of the phenomenon of people's eyes growing, which means the distance between the retina and the lens also grows, while the focus of their lens remains unchanging.

The retina itself is made up of millions of light-sensitive rods and cones. The rods are more sensitive, meaning they can detect much lower levels of light. The fovea is where the most rods and cones are concentrated on the retina, which is where light should focus and become the most clear vision. This is why during the day when our pupil is more constricted we see better, then when our pupil is dilated and light is flooding the eye as much as it can, we squint to focus the light on the fovea.

In fact, our night vision comes almost entirely from the rod cells. However, the rods can only absorb one pigment of light, which means they cannot distinguish colors well, and that is why we cannot see much color at night.

The cone cells on the other hand, are better adapted for brighter light conditions and contain three different types of receptive proteins (short, medium and long) which are designed to absorb red, green and blue light respectively. Color blindness results from having an imbalanced number of these three types of cells in the retina. So, if you have more short cones and less medium and long ones, you will not be able to distinguish red and green light as well as blue.

Light processed as chemical signals in our brain

As light hits the retina's photo-receptors, it is then converted into electro-chemical signals which travel out of the back of the eye and into the brain via a chord of fiber called the optic nerve. These signals reach a central processing center in the middle of the brain called the thalamus, which is responsible for processing all our senses, and then sent all the way to the back of the brain, where our visual cortex is located. It is here in the visual cortex where our brain uses the light wavelengths that our eyes absorb to produce the images that we see every single day.

Was this article helpful? Thanks for your feedback!
Yes No
Share
Discover articles about: You are all set!
Visit Membership

Use another E-Mail? Register
Not a member? Register

We've sent an email with instructions on how to reset your password.

If you don't receive instructions within a few minutes, check your email's spam and junk filters.

Not a member? Register

Get personalized eyewear recommendations with our style finder and find the perfect pair for you.

Are you shopping for a…

What are you looking for?

What type of sunglasses do you want?

Show me my style recommendations
Next » « Previous